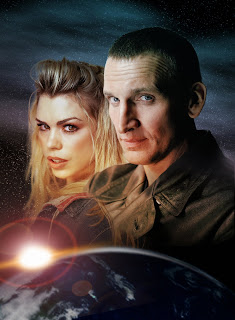 This last day of August 2008 begins with me telling you of a rather entertaining show called "Doctor Who" starring Christopher Eccleston and British hottie Billie Piper (yes, her name's Billie). It was the 2005 BBC remake of the series from the 60's but it was quite entertaining. It's the story of a lovely young woman named Rose who stumbles upon "the Doctor", a mysterious being who is involved in many wonderful adventures. After their first encounter (the pilot) with living plastic mannequins bent on world domination, he offers her the opportunity to join him on his dangerous, mystical journeys through time & space. Of course, she says yes...and the hilarity and excitment continues in a kind of Bill & Ted's Excellent Adventure meets the X-Files if it were a comedy...and everybody has a British accent...even the aliens. I say check it out if you get the chance. 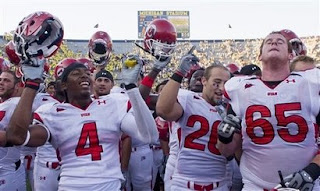 These Utes Don't Run!!! - The Runnin' Utes of the University of Utah pulled off a mild upset (by comparison to Appalachian State last year) in college football by beating the University of Michigan Wolverines in Ann Arbor by the score of 25-23. U of U quarterback Brian Johnson threw for over 300 yards and kicker Louie Sakoda kicked four field goals, including a 53-yarder in the win. They had up to a 15-point lead going into the last quarter…and Michigan started to come back…but alas, the Utes were victorious…and their dream of a perfect season remains intact. Congratulations!!! On Saturday, the U has its first home game here in Slick City against UNLV (you knew Las Vegas had to be mentioned at least once), so it'll be a foot race between the Runnin' Utes and the Runnin' Rebels. 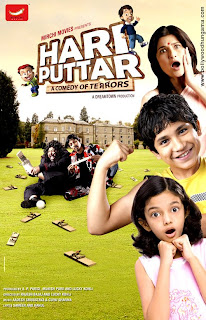 Hari Puttar & the Poorly Conceived Title - The makers of Bollywood film "Hari Puttar: A Comedy of Terrors," which has prompted a lawsuit by Hollywood studio Warner Bros, say the flick has nothing in common with the Harry Potter movie series. The Hollywood studio, which owns the rights to the boy wizard movies, has taken the Indian producers to court over the film's title, which it says sounds like Harry Potter. COO of the Bollywood studio Munish Purii says, ""Our film bears no resemblance to the Hollywood film Harry Potter and it is a completely different story. Our film has been in the making for quite some time and everyone knew about it. The film-makers have declined to reveal the plot of the Indian movie but US entertainment trade publication the Hollywood Report has said "Hari Puttar" is a comedy that centers on a 10-year-old Indian boy whose family moves to England. According to the film's music director, "Hari is a very common Indian name and Puttar stands for son in English." Of course, the Harry Potter movie franchise has made over four billions dollars just in ticket sales…and who wouldn't want a piece of that? Now for the question on everybody's mind, "What do you think $teve?" My honest opinion is that…are these guys not aware that there's a pornographic film industry that alters (surprisingly little in most cases) popular movie titles to make a buck or two? Sex Trek, Lord of the (edit) Rings, Poon Raider, I’m sure there's even a few like Harry Potter & the Half-Black Chick (sorry, that's from Family Guy). Of course they are…but they're producers for those movies, so they don't care. Yeah, I think it's a little close…and the name can be easily changed I'm sure…but come on now. Do you think that people are going to see "Hari Puttar: A Comedy of Terrors" and be completely outraged when there's no boy wizards flying about? That only happens when you go to see a movie called "Pan's Labyrinth" expecting David Bowie & Muppets…but instead you get subtitles, Spanish Nazis, miscarriages, executions, and the occasional throat slashing…but you still get some cool special effects. When has that ever happened except that one time? Oh yeah, when "Naked Lunch" came out. "I can think of two things wrong with that title." 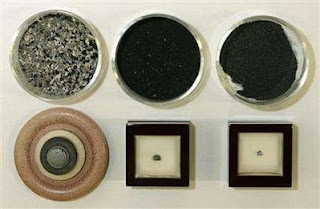 Diamonds Are Forever - Algordanza, a small company based in Chur, Switzerland uses the ashes of dead people to make diamonds as a permanent memento for their nearest and dearest. And with prices starting at less than 5,000 euros ($7,488), the jewels are not solely the preserve of the jetsetter. Chairman Veit Brimer says, "Some people find it helpful to go to the cemetery and grieve, and they leave their grief in the cemetery. There are some people who, for whatever reason, do not want to have this farewell. Astonishingly these are mainly Christian people. They say: 'Why should I say goodbye? I'll see my husband in 15 years in heaven anyway." The technology for making artificial diamonds was first pioneered by General Electric in the 1950s and mirrors nature by subjecting carbon to huge pressure and temperature. Algordanza (which means "remembrance" in the local language Romansch, spoken in some parts of the Swiss canton of Grisons) is one of a handful of companies offering artificial diamonds that have sprung up as the technology has improved. U.S.-based LifeGem and Britain's Phoenix Diamonds, for example, also offer diamonds made from hair, which contains more carbon than ashes meaning a gem can be created from the hair of a living person, or from someone who has been buried rather than cremated. LifeGem even offers diamonds made from dead pets. So little Fifi can be an accessory to match your outfit…and not as a scarf…but as jewelry. Awesome, right? Didn't think so. For more interesting facts, feel free to check out the link. FYI - 40% of Algordanza's business is done in Japan. I'd still like to be dipped in bronze when I go…some two hundred years from now. 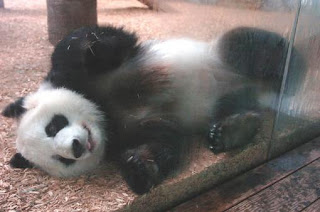 Panda Update - Lun Lun, the giant panda at Zoo Atlanta, went into labor around 1:30 p.m. Saturday when her water broke, officials said. The zoo said she could be in labor for up to 48 hours (Yikes!!!). Heightening zoo officials excitement is the possibility that the panda could give birth to twins. An ultrasound conducted Thursday confirmed one fetus in the right horn of Lun Lun’s uterus, but was not able to see the other side. So there may be a new addition to the panda population on Labor Day (which is kind of ironic if you think about it). The most interesting thing to me in this article though…was that there are four zoos in the U.S. that have pandas. Atlanta, Washington DC, San Diego, and Memphis. Why does that interest me? I went to Memphis last year…and had NO idea they had pandas at their zoo. I've seen San Diego & National Zoo…but have yet to see the Lost City of Atlanta. I'm a little sad that the only panda that I saw in Memphis was a plush doll at Graceland…but oh well, it gives me a reason to go back I guess. Bears, Blues, and Barbecue - The Three B's of Memphis!!! Man, I should be a marketer for that city. Patent Pending!!! Anyway, best of luck Lun Lun. May your twins be as beautiful as the Brangelina twins.

Well, that'll do it for today. I'm going to go hang out with my dad...and he may or may not want to go hang out with my brother and his drama...er, family. We shall see. Remember that tomorrow night is going to be yet another Rock Band Party, so feel free to stop by. Have a great Labor Day Weekend everybody!!!
Posted by $teve at 9:44 AM

three cheers for the doctor! i knew you'd like it. and just think... there are FOUR whole seasons for you to watch.

FOUR WHOLE SEASONS OF ROSE WITH HER MOUTH BREATHING??? AWESOME!!!

um... yeah... about that? a lot happens over four seasons... but i'm not giving you any spoilers.

Damn it!!! I guess that means that she dies and/or is replaced with another British hottie of equal or lesser value. DAMN YOU TELEVISION!!! WHY DO YOU MESS WITH MY REALITY???