Quickie to Keep the Ladies Entertained

Good Afternoon Ladies & Gentlemen,
Just thought I'd give a quick news flash for all the ladies out there...since Lilie's bringing me pumpkin cookies later tonight. Here it goes...

Sadly, I Would Take This Tour - About two years ago, I went on a romantic week-long vacation to Boston with a woman twice my age. Okay, so it wasn't romantic…but it happened…and it could've been romantic…just keep that in mind, ladies. Anyway, we took a day trip out to the city of Providence, Rhode Island and it's a cool little town. I'll share some pictures some time if you want. The State Capitol Building is amazing, there are lots of Victorian Houses on High Street, there's a riverwalk area, shopping, Brown University, all that stuff. However, now there's another tour that I would need to check out. I guess in honor of Brown University, you can get your education on about what happens when you flush the toilet, as Rhode Island is now offering tours of several wastewater treatment facilities during what its dubbed the first annual "Rhode Island Water Infrastructure Month." Tours of treatment plants the past few weeks have been in East Providence, Bristol and Narragansett (bless you). Other tours and educational programs continue for the next week or so…and will apparently be an annual thing. As part of the festivities, the Narragansett wastewater operators team, "Fecal Matters," also will compete in a national latrine-treating skills contest in Chicago against last year's champions, the Rocky Mountain "Commode Commandos." Why do I mention this? Because it would probably be interesting…and let's face it, poop is funny. 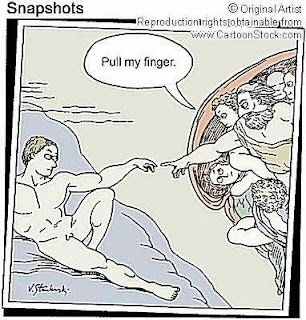 Farts Help Blood Pressure - A new study has found that a rotten-egg gas in farts controls blood pressure in mice. The unpleasant aroma of the gas, called hydrogen sulfide (H2S), can be a little too familiar, as it is expelled by bacteria living in the human colon and eventually makes its way, well, out. The new research found that cells lining mice's blood vessels naturally make the gas and this action can help keep the rodents' blood pressure low by relaxing the blood vessels to prevent hypertension (high blood pressure). This gas is "no doubt" produced in cells lining human blood vessels too, the researchers said. "Now that we know hydrogen sulfide's role in regulating blood pressure, it may be possible to design drug therapies that enhance its formation as an alternative to the current methods of treatment for hypertension," said Johns Hopkins neuroscientist Solomon H. Snyder. There's more information as to the specifics of how the enzymes work…but this may be a key factor as to why married men have above average blood pressure…because they hold back their flatulation in the presence of their significant other. Sure, ladies, we may let one slip out in front of you every so often…but honestly, we could do a LOT more. Therefore, I say, encourage your man…and your woman to fart. The health benefits are undeniable…and there's always Febreze and scented candles to get over that smell…and who knows what may happen with the lighting of a few scented candles in a dark room? By the way, THAT helps blood pressure too…as long as you use protection. 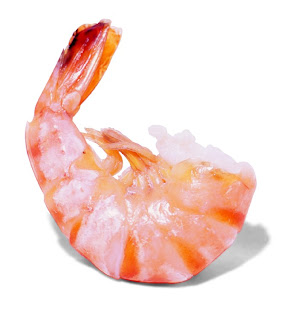 Is That a Shrimp In Your Pocket (Or Are You Just Small)? - Authorities said a man tried to steal several bags of frozen shrimp from a supermarket by hiding them down his pants. The Manatee County (Really? A Manatee County? Awesome) Sheriff's Office reported that an off-duty detective was shopping at a Sweetbay supermarket Sunday when he noticed what appeared to be a man with groceries stuffed in his pants. The detective approached the 32-year-old man and ordered him to stop. Authorities said the man then removed several bags of shrimp from his pants and promised to put them back. "No, no, that's okay. We'll just take you to jail. No need to put those back on display." When the man fled for the store's exit, the detective tackled and restrained him until patrol deputies arrived. The man was charged with shoplifting, battery on an officer and resisting arrest. He was being held on $2,600 bail…and his balls are probably still blue. You think he would at least go for some King Prawns to stuff in his pants…but whatever. Times are hard. 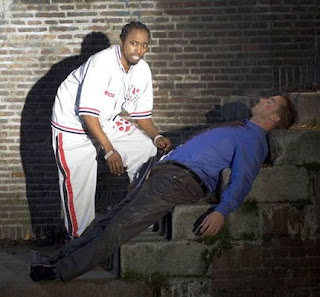 He-Bitch Update - Speaking of small penises, four Chinese men have been jailed for up to 5- years for running a male prostitution service that sold sex to other men, state media said Wednesday. Zheng Shuyi registered the website nannanboy.com -- the word "nan" being Chinese for "man" -- and advertised it as a spa, but he used it to recruit male prostitutes. He then hired two rooms and sold sex for up to 400 yuan ($60) a session (yeah, the exchange rate is amazing over there). The prostitutes, based in the eastern province of Zhejiang, "went when they were called and offered their services." Zheng's defense had tried to argue that the law against prostitution only applied to women selling sex. The court disagreed and said the law did not define the sex. While homosexuality is not illegal in China, prostitution is. One of the men, who had syphilis, was also found guilty of spreading a sexual disease. Prostitution was stamped out in the years following the Communist revolution in 1949, but has returned with a vengeance following sweeping economic and social reforms over the last three decades. Believe me, the barbershops there…are full of beautiful women in short silk dresses who have no idea how to cut hair…but they know a lot about trim, if you know what I'm saying. Anyway, it's good to see fellow gigolos get some mention in the press every once in a while.

Just a few hours until I fly back to Utah to move all my stuff into my new apartment. I'm so excited...but I know that it's going to be a bit of a pain. Moving always is. Anyway, have a great weekend everybody!!!
Posted by $teve at 3:34 PM

You could have made a fortune in China...

I also just now realized there was a cookie joke there too.