Good Morning Ladies & Gentlemen,
Still no official word on Denver yet…but it's still early in the morning. How early you ask? I'm watching the sun rise over the Rockies as I type (apparently I don't need to look at the screen, so please excuse spelling errors). Other than that, really nothing new to report. I got some nice garment bags for my suits courtesy of the Men's Wearhouse. Then again, since I spent so much damn money there, you think the least they can do is gimme some plastic bags to load my ginormous suits in when I travel. Oh…and to get in the swing of wearing one of these every day, I've been wearing suits all week here at work. I'm in the brown one today. Anyway, here's some news... 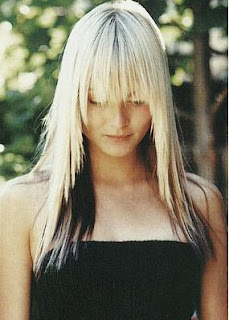 Real Life Blonde Joke - A story for all those lovely brunettes out there. A Connecticut judge has given the brush-off to a blonde woman's lawsuit claiming L'Oreal Inc. ruined her social life when she accidentally dyed her hair brunette with one of its products. Charlotte Feeney of Stratford says she can never return to her natural blonde hue, a shock that left her so traumatized she needed anti-depressants (emotional baggage). She says she suffered headaches and anxiety (possibly math related), missed the attention that blondes receive (cat calls & cleavage stares?) and had to stay home and wear hats most of the time (don't dark colors absorb more heat?). A Superior Court judge dismissed Feeney's 2005 lawsuit Monday, saying she never proved her allegation that L'Oreal put brown hair dye in a box labeled as blonde (possible literacy problems). The company also had disputed the claim. Now, I know that the whole "dumb blonde" stereotype is completely unfounded…but that doesn't make it any less funny. Now, with all of the counterpoints to her previous claims that I've already provided in parentheses, there's one more that I'd just like to throw in. If blonde is your natural hue…then why were you dying your hair in the first place? Your Honor, the defense rests. Also, out of pure coincidence, my sister-in-law decided to dye her hair blonde. Pictures may be forthcoming…but whatever. 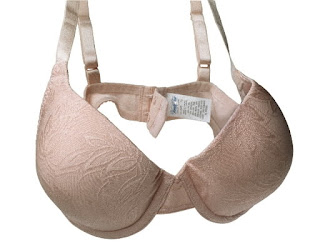 Bra Bandit Update - There's a bra bandit on the loose in southwest Florida. The Lee County Sheriff's Office was searching for an individual they say stole 160 bras valued at nearly $6,000 on Thursday from a Victoria Secret store, the latest in a string of bra burglaries in the area. Since February, authorities say 452 bras valued at nearly $19,000 have been stolen from two of the chain's southwest Florida locations. Six different bra thefts at the stores have been reported during that time. Investigators said a female customer (what a twist!) walked into the store Thursday and immediately went to a four-drawer cabinet with new bras of the PINK brand name. The store manager told deputies the woman waited until employees were busy helping customers and then thrust the bras into a bag and exited the store. So what we seem to have here…is a Serial Raider. Not only that…but a Serial Raiderette. I'm assuming that she's stealing them and then having bra parties (similar to Avon, Tupperware, & Scrapbooking parties) with her hot Latin friends (don't mess with my fantasy) and selling these brand name brassieres at a fraction of the price, pennies on the dollar in fact. Either that…or she has QUITE the collection…and I can't wait to see it. Call me, Miss Bra Bandito. It is Miss, right? I have been looking for a "distraction" for my bank heist…and I think that we can work out something that'd work. 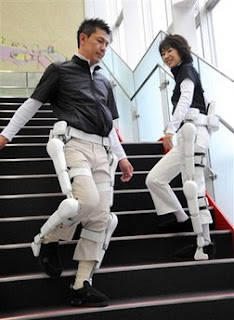 Sexbot Update - A robotic suit that reads brain signals and helps people with mobility problems will be available to rent in Japan for $2,200 a month starting Friday — an invention that may have far-reaching benefits for the disabled and elderly. HAL (hort for "hybrid assistive limb") is a computerized suit with sensors that read brain signals directing limb movement through the skin. The 22-pound battery-operated computer system is belted to the waist. It captures the brain signals and relays them to mechanical leg braces strapped to the thighs and knees, which then provide robotic assistance to people as they walk. Cyberdyne, a new company in Tsukuba outside Tokyo, (does anybody else remember the name of the robotics company that made Terminators?) will mass-produce HAL. Two people demonstrated the suits at the company's headquarters on Tuesday. A demonstration video also showed a partially paralyzed person getting up from a chair and walking slowly wearing the HAL suit. "We are ready to present this to the world," said Yoshiyuki Sankai, a University of Tsukuba professor who designed HAL. Sankai, who has worked on robot suits since 1992 and is also Cyberdyne's chief executive, said a full device that covers the entire body is also being designed, though it is unclear when it will be available commercially. So yeah, the start of the cyborg revolution is in full swing…but you may be asking, "$teve, why is this a Sexbot Update?" Reading brain signals, translating that to waist, pelvis and leg movements, Cyberdyne systems, an entire body unit is also being designed, $2200 a month, oh yeah, this has all the making of a revolution. If you think people go crazy for Viagra and scooters from the Scooter Store, this is just a mix of the two. You can become a Sexual Cyborg…you know, if you aren't one already like us. 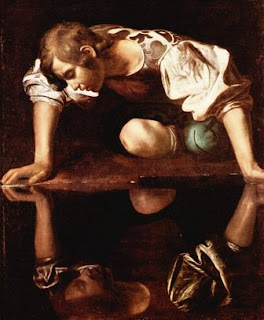 Narcissists Tend to Become Leaders - In other news, water considered wet by panel of experts. A new study shows individuals who are overconfident about their abilities are most likely to step in as leaders, be they politicians or power brokers. However, their initiative doesn't mean they are the best leaders. The study also found narcissists don't outperform others in leadership roles. Narcissists tend to be egotistical types who exaggerate their talents and abilities, and lack empathy for others. The researchers stress that narcissism is not the same as high self-esteem. "A person with high self-esteem is confident and charming (like $teve) but they also have a caring component and they want to develop intimacy with others," said lead researcher Amy Brunell, a psychologist at Ohio State University at Newark. "Narcissists have an inflated view of their talents and abilities and are all about themselves. They don't care as much about others. It's not surprising that narcissists become leaders. They like power, they are egotistical, and they are usually charming and extraverted. But the problem is, they don't necessarily make better leaders." In a similar study, more than 400 students, placed into groups of four, were told to imagine they were shipwrecked on an uninhabited island. They had to choose 15 items from the ship that would best help them survive on the island. Individuals who scored highest on the power dimension of narcissism again showed the most desire to lead the group discussion, rated themselves as leaders, and were viewed by other group members as the leaders. To rate leadership abilities, the researchers compared the 15-item lists with one prepared by an expert who has taught survival skills to the U.S. military. Turned out, narcissists did no better than their less self-centered counterparts at choosing survival items. A third study involved more than 150 business managers enrolled in an executive MBA program at a large southeastern university (probably South Carolina - GO GAMECOCKS!!!). The managers were grouped in fours and told to assume the role of a school board deciding how to allocate a large financial contribution from a fictional company. Two trained observers monitored the group discussions, finding that the MBA students who rated highest in narcissism were most likely to emerge as group leaders. The results held even when other personality traits, such as self-esteem and extraversion, were taken into account. 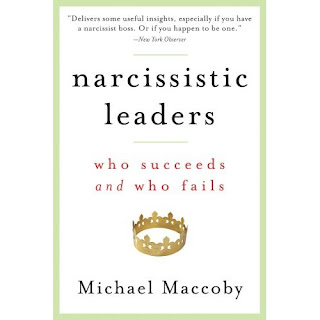 All that being said, in times of crisis (whether financial oopsies or hypothetical shipwreck) we often look for leaders to help guide us through these tough times. Traits that we look for are charisma, a willingness to lead, knowledge in the skills needed (or at least an ability to fake it), and dedication to the cause…but let's not confuse their bravado and swagger for being a good leader. I mean…I can bullspit my way into your hearts…but does that mean I would be a good leader. I would like to think so…but yeah, definitely not going to consider a position like President or Lord Grace Chancellor or anything like that…mostly because of humility…and some laziness. However, just because somebody's got the BALLS to say that they'll take that position doesn't mean it's a good idea. Just keep that in mind when you go out and vote in less than four weeks. Look at the issues, the track records (or lack thereof), and make an educated decision. I don't mean to put any pressure on you…but with the economic crisis, global warming, and the eventual sexbot revolution you have a huge decision to make for the leader of our country. Sorry, WE have a huge decision to make for the future leader of our country. That being said, as much as it irks me to say it...but I think that Matt Damon has a point…and a great idea for a new Disney movie ("From the makers of the Mighty Ducks & Syriana…")
Well, that'll do it for today. Got a full day of work ahead of me…and hopefully a new job (re)offer. Wish me luck y'all. Have a great day everybody!!!
Posted by $teve at 8:15 AM

I am SUCH a good leader, I...oooh, is that a mirror...
Also, I have yet to see ANY pictures of these new, amazing suits!

Apparently I'm not narcissistic enough to talk my own picture and splat them on the internet. :) I'll see what I can do about the new suits. They're worth checking out...as all the ladies at work will tell you. :)