Pork: The One You Love

Again, I honestly don’t have much to talk about personally. Just been busy at work, then coming home, cooking some dinner, talking to loved ones on the phone, watching “Planet Earth” videos through Netflix, and getting my nightly Daily Show & Colbert Report. However, there have been some interesting things going on around the world…so I thought I’d share those with you… 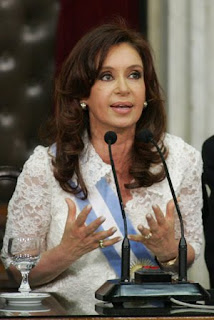 Pork for Porking? – As you know, I mention politics sparingly on this blog…because I’m just disenchanted with the whole system in general. However, when I do bring it up, it’s usually to discuss the sex lives of these political figures. Today is no exception. Argentina's (hotchuma hotchuma) president recommended pork as an alternative to Viagra Wednesday, saying she spent a satisfying weekend with her husband after eating barbecued pork. "I've just been told something I didn't know; that eating pork improves your sex life ... I'd say it's a lot nicer to eat a bit of grilled pork than take Viagra," President Cristina Fernandez said to leaders of the pig farming industry (oh, pandering). She said she recently ate pork and "things went very well that weekend, so it could well be true." Argentines are the world's biggest per capita consumers of beef, but the government has sought to promote pork as an alternative in recent years due to rising steak prices and as a way to diversify the meat industry. "Trying it doesn't cost anything, so let's give it a go," Fernandez said in the televised speech. So wait…is there free pork in Argentina now? Okay, I’ve heard about oysters and pumpkin pie and stuff like that being an aphrodisiac…but pork? I guess it makes a little sense. Especially if you’re into that whole hot, dirty, stanky, squealing pig sex…which I’m sure we all are. I see this as just another great thing to emulate when I decide to become a politician and go across the country. I can see my future press conference in Detroit. “Ladies & gentlemen, I’m here to tell you that one of my goals…is to bring the great city of Detroit back into prominence…and take the American automobile industry back to the top. Why am I so passionate about this? Because my daddy was conceived in the backseat of a brand new ’57 Chevy…and I was conceived in the backseat of a Ford Mustang Cobra…and my daughter was conceived in the bed of my Jeep…and God willing…MY DAUGHTER WILL BE KNOCKED UP IN THE BACKSEAT OF AN AMERICAN CAR!!!” The crowd goes bananas…and I’m on every television station in the world. 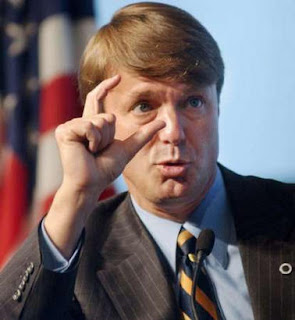 Really, John Edwards? – So I wasn’t really surprised by the whole John Edwards baby daddy thing because…well, little surprises me in this day & age. However, I was REALLY surprised when the latest little quirk in this story came in. The ex-mistress of two-time presidential candidate John Edwards wants a "very private and personal" videotape back from a campaign aide who wrote a book about the politician, according to court documents. Rielle Hunter was granted a temporary restraining order against former Edwards loyalist Andrew Young in a North Carolina court. It seeks the return of photos and videos, including one she says she made in 2006 while working for Edwards. "In or about September 2006, using my video camera, I authored a personal video recording that depicted matters of a very private and personal nature," Hunter wrote in an affidavit filed Thursday. "In 2006, I was also having an intimate relationship with Edwards." Yeah, we got that. "The decision was made that the Video be destroyed" in December 2006, Hunter wrote. She said she pulled out the tape from the cassette and stored it in a box with personal belongings. In his book, Young describes viewing a sex tape that showed Edwards and a woman he assumed was Hunter. Young says some videotapes were inside a "box of trash" that Hunter left behind at a home he rented for her. He says that the tape had been pulled out of its cassette casing, but that he was able to fix it. It's not entirely clear whether it's the same tape that Hunter is seeking; Young said in his book that the naked woman depicted in the video was pregnant. Hunter had her child with Edwards in 2008, more than a year after she says her "private" video was made. So maybe this was somebody else & Edwards is a chubby chaser too. The Web site of ABC News was first to report on Hunter's bid for a restraining order Thursday. The network has several interviews with Young scheduled to air in the coming days as he promotes "The Politician," which is set to go on sale Saturday (of course). Attorneys for Edwards said in a statement Friday that they have not had an opportunity to read the book but urged "extreme caution" about it. The lawyers, Wade Smith and James Cooney III, said it's obvious from media reports that "there are many allegations which are simply false. It appears that Andrew Young is primarily motivated by financial gain and media attention." Duh. Edwards only recently admitted paternity of Hunter's daughter, who is now nearly 2. He and wife, Elizabeth, are now separated. Deputies in Orange County said in court documents filed Friday that they went to Young's home to try and recover the tapes and personal photographs of Hunter. After some discussion, Young's attorney told authorities that he could not immediately turn over the tape. Along with winning the restraining order, Hunter has filed a lawsuit against Young and his wife, seeking a jury trial and damages for invasion of privacy (good luck with that). Young's attorney did not immediately return a call seeking comment. Young's book is a cringe-inducing chronicle of Edwards' affair, the lengths he went to cover it up and the marital mess it brought. But it also includes a detailed discussion of hundreds of thousands of dollars that changed hands privately, money that was used to hide Hunter from the press and Elizabeth Edwards. Sounds great…but a sex tape? Really? Doesn’t anybody know that if you’re getting some extramarital trim, you don’t document it? Hundreds of thousands of dollars in cover-up money? Burning receipts, post-its, paternity tests, raunchy emails, cover stories, steam cleaning the hotel rooms, denial denial denial…hmm, I think I’m forgetting something. OH SH*T!!! I forgot to destroy the sex tape!!! I just…don’t get it. Granted I don’t understand cheating in the first place but…you f**ked up. Bad. Why would you purposely f**k up when you KNOW you’re being watched 24/7? The thrill? Well, enjoy it playa. You’re living on the edge now. 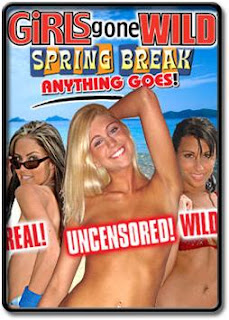 Girls Gone Wild Update – In local news, Wednesday a federal judge said charges against a former Nevada sheriff's deputy accused of accepting gifts in exchange for giving preferential treatment to the jailed creator of the "Girls Gone Wild" videos won't be dismissed. U.S. District Judge Larry Hicks denied a motion from the lawyer defending former Washoe County jail Sgt. Michon Mills, who served as a liaison between Joe Francis' lawyers and the jail in Reno while he was held on tax charges from June 2007 to March 2008. Francis is the founder of "Girls Gone Wild." The bribery trial is expected to continue Thursday and into Friday. A Hollywood associate of Francis has pleaded guilty to a related misdemeanor charge and admitted he provided Mills with a $4,500 Cartier watch and a $5,000 Saks Fifth Avenue gift card. But the associate, Aaron Weinstein, testified that Mills never considered the gifts a bribe and eventually gave back the unused gift card and unworn watch. Two other former deputies also have pleaded guilty to accepting a gratuity as a public official, including one who received $3,200 in cash and four tickets to an Oakland Raiders game in exchange for bringing Francis sushi on two occasions (apparently he didn’t like the “fish” in prison). Francis, whose videos feature women exposing themselves on camera, was sentenced in November to time served and one year of probation related to tax evasion counts and bribing jail workers. The charge against Mills should be dismissed partly because Weinstein testified that the gift card was a personal birthday present and the watch was a Christmas gift, Leah Wigren, Mills' lawyer, told the judge on Wednesday. Weinstein said he never indicated Mills was expected to give Francis special privileges. He said Mills was surprised when he gave them to her (without asking her to take her top off) and indicated they were not necessary. "The government has not shown that she as a public official — or in carrying on her public duties — got a gratuity for, or because, of an official act," Wigren said. Hicks said that would be up to the jury to decide. The 39-year-old Mills had been assigned to be the point of contact with Francis after he was placed in the mental health housing unit of the jail. Prosecutors said that while he was there, Francis was allowed to run his multimillion dollar pornography business that includes selling videos of nude college girls in sexual situations. Deputy Heather Balaam testified earlier this week that Mills treated Francis better than other inmates. She said Mills also brought Francis magazines, and insisted she be told every time he was disciplined. She also said other inmates in Francis' unit complained that he talked very loud on the phone all day and night (reception’s probably horrible). Other deputies described Francis on Wednesday as "troublesome" and "high maintenance." Assistant Sheriff Lisa Haney said Francis was held in the special unit where inmates are treated differently in part to keep peace at the jail because "he had money" and "there might have been some inmates who hit him up for money." Sgt. Ty Lariviere said Mills served as the liaison "due to the high volume of calls and high maintenance of his legal defense team. Mr. Francis was extremely manipulative, very demanding. He would not have fit well in the general population housing unit. In addition, being such a high profile inmate, there is greater risk for an inmate on the way to prison to harm Mr. Francis in order to make a name for himself." Just wait until how annoying he can be once he gets a hold of the Edwards sex tape. Anyway, who says crime doesn’t pay? Stay in school, kids. Who knows? Maybe you can start a new frontier in technology, entertainment, or both. 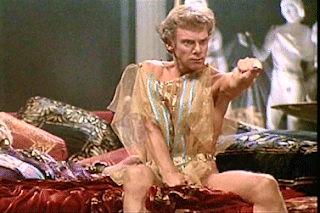 On that thought, I'm going to leave you with your guilt...but please be sure to have a fun & fantastic weekend. I know Bubbles is in Tucson, Lilie's going to Vegas, and I'm going...to try to get my taxes taken care of tomorrow. Oh & help seniors play Bingo. Sigh... Responsibilities are fun. Well, my version of fun. Have a great weekend everybody!!!
Posted by $teve at 6:20 PM