It's Not A Tumah

There’s really not much going on with me personally. The past few days have just been busyness (business, is that where it comes from?) at work & then when I get home, I’ve been enjoying my DVR complete with funny & nerdy shows that I need to catch up on from the past year & trying to kind of plan out this big road trip of mine in April. Also, I spend a lot of time on the phone with friends & family. Boring, yeah, I know. Wish I had more to tell ya. It’s ugh…been snowing. I’ve been working out. What? You want to hear more about that stuff? Really? Well, then Facebook me or something. You’re probably the only one. So here’s some movie news to hold you over until something cool happens… 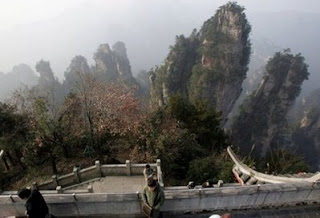 China Renames Mountain After Avatar - A city in central China has renamed a mountain after the US blockbuster movie "Avatar," which set a Chinese box office record until its run in the country was cut short. The majestic peak in Hunan province previously known as "Heaven and Earth Pillar" or "South Sky Pillar" has been officially renamed "Avatar Hallelujah Mountain," the Zhangjiajie city government said in a statement. The statement, posted Monday on the government's website, said the peak was believed to have inspired a floating mountain, one of the most dramatic images in the movie, set on fictional Pandora. Juxtaposing photos of the mountain with stills from the film, a report in the local Xiaoxiang Morning News said a Hollywood photographer came to the area on a four-day trip in December 2008 and shot a number of photos that were used by the film's artists. The futuristic adventure was released in both 2-D and 3-D versions January 4th and has become China's all-time box-office champion, topping $80 million in sales, state media said last week. However, its 2-D run in China ended on Friday amid reports it was pulled ahead of schedule by the government to make way for the patriotic biopic "Confucius," about the ancient Chinese philosopher (played by Chow Yun Fat). It is still running in 3-D. The Xiaoxiang Morning News said officials expect the mountain's similarity to the film version to trigger a tourism boom during the week-long Spring Festival holiday starting on February 14th. The mountain is in the Wulingyuan Scenic Area, which is famed for its soaring sandstone pillars and was designated a UNESCO World Heritage Site in 1992. How about that? Pretty cool huh? Anyway, that’s about it. Really no satire associated with this one. I just really want to go check out more of China when I’ve got more money than responsibilities again. 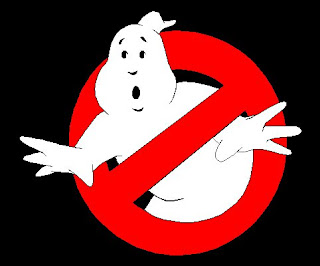 See the 80’s in 3D - 80's cult film staples "Gremlins" and "Ghostbusters" are both looking to get new 3D sequels. First up MarketSaw reports that a third "Gremlins" film is in the works and will be shot in 3D. The project is a brand new film rather than a 3D retrofit of the original but as it's so early there's no word on who will be penning the script (maybe I will). The same site also says the previously reported on third "Ghostbusters" film is proceeding as planned, but with 3D now added into the mix. Lee Eisenberg and Gene Stupnitsky are penning the script. Ever wondered what a hundred-foot marshmallow man would seem like in 3D? Or what happens when you feed Gizmo after midnight? I’m thinking there may be a crossover in the works here…and then throw in a DeLorian & Chevy Chase just because. Why not? It’s the 80’s all over again.

Cheesiest Film Quotes – On that note, I’m also posting this video that claims the 100 Cheesiest Movie Quotes. You can be the judge of that…but an interesting collection nonetheless. Please enjoy. I'm sorry there's so much Arnie...

Other than that, I’m all outta good movie gibberish. I should have a few reviews for tomorrow though. My Netflix is finally coming through with some goodies. Maybe I’ll have an amusing anecdote to share as well…or maybe a dream that stands out from all the steamy fantasies that you’ve heard again & again. You never know. I’m like a box of chocolates that way…as well as being sweet & delicious and going straight to your thighs. Have a great night everybody!!!
Posted by $teve at 6:16 PM